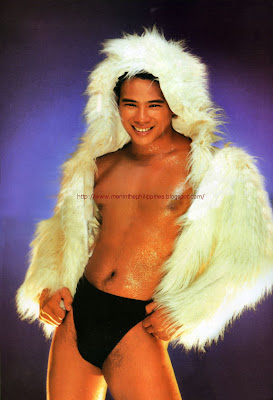 At the 2005 Famas Awards, the first person that Best Actor winner [for Milan] Piolo Pascual thanked was his “bro” Yul Servo. Of course, this did not escape the catty showbiz writers that night. Yul Servo is John Marvin Nieto in real life, who got his screen name from director Maryo J. delos Reyes [Yul from Yul Brynner and Servo from the director’s favorite waiter in Greenhills]. The multi-awarded actor [Best Actor for films Batang Westside, Naglalayag and Laman] apparently comes from a good family, as his family and home were recently featured in the popular online showbiz site, www.pep.ph. And back to Piolo Pascual, in a recent interview in metroHim magazine, Mr. Pascual casually mentioned that he’d “like to do something like what Yul did.” He was referring, of course, to the theater experience of Yul Servo, who previously appeared in Gantimpala Theater Foundation and Tanghalang Pilipino stage plays.