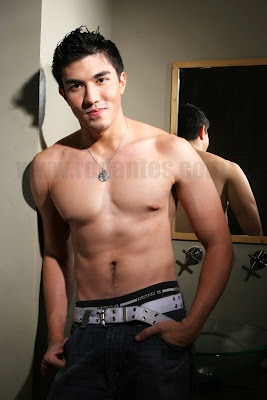 The title is not really earth-shattering as the fact that local clothing brand Human has a line of underwear [see photo above], TV host, VJ and actor Luis Manzano has finally agreed to take on a gay role in a major movie with his popular mother.  This effectively dispels rumors that the 27-year-old actor is quite queasy on the matter of homosexual themes because of long-standing rumors associating him with his best friend in the biz, a diminutive actor-dancer.  For whatever it’s worth – and while the kissing-and-making-love-with-another-guy scenes are “being ironed out,” here’s hoping that Mr. Manzano will finally get his acting due in this movie part.