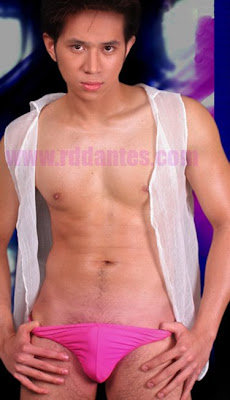 So, I’m just wondering in idle time about this sexy guy Paolo Serrano and maybe he can do what Marco Morales has been doing of late, i.e. letting it all hang out in the big screen to the delight of mothers and pubescent boys alike.  And, sans any denigration, let’s admit that this handsome fellow once performed in front of the [PC] camera with stiff determination, so the idea of frontal nudity on screen would not be totally lost on him. I believe that  Paolo Serrano can truly whip it up – no pun intended, of course – and maybe, just maybe give our dear guy Marco a run for his money in the acting-while-nekkid-throughout-the-entire-movie department.