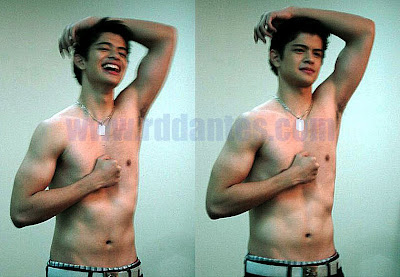 He does seem vampirey enough.  Don’t look now but ABS-CBN reportedly bought the rights to make a tv adaptation of the hit vampire novel, Twilight.  Yes, the film version was shown recently and the lead actor looked handsome and gorgeous.  The Philippine version  will have 19-year-old actor-dancer Rayver Cruz as Edward Cullen and I’m at sixes and sevens as to how the tv station will pull it off. The series, which will be shot in Baguio, Tagaytay and Bukidnon [high-altitude places], has been fully cast and taping will start by February next freakin’ year. This would be fun.

22 thoughts on “Rayver Cruz will do Twilight”