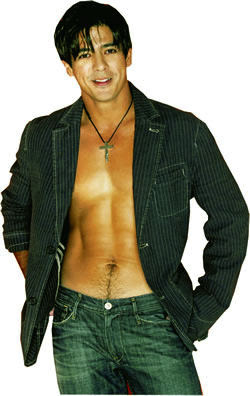 When this new photo of Aga Muhlach was distributed to the press recently, many were
quite impressed by the loss of weight of the erstwhile fleshy actor. Yet, some also credited
Photoshop as the culprit in the new look of the actor. His handlers were quick to note that
noted photographer Jun de Leon, who snapped the photo, abhors digitally manipulating
his pictures. And besides, Aga Muhlach went on a diet-and-exercise regimen for a new movie. 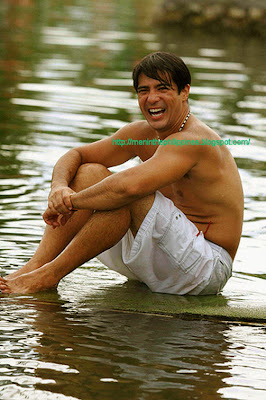 This photo was taken last month at the Lago de Oro Resort in Calatagan, Batangas,
where the 37-year old actor went water skiing with his good friends. Judging from the
candid photo, Aga’s diet sure made some dents and cuts in the proper places. The actor
reportedly lost 50 lbs [from 225lbs to 175lbs], after a rigid 6-month high-protein and
zero-fat-salt-sugar diet coupled with a 6-day/week training at the gym. 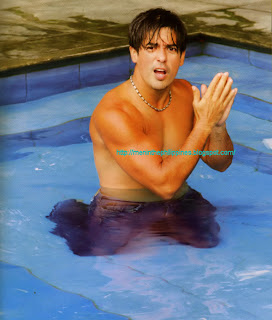 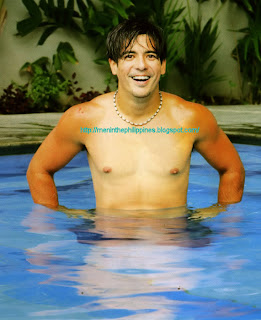 Aga Muhlach is shown above for a photo shoot with another famous photog Steve Tirona for
MetroHIM magazine, that oh-so-gay magazine published by ABS-CBN Publishing. Aga has been
visible nowadays to promote his new movie, tentatively titled “I Don’t Want You to Go“
or “Love Affair” with Maricel Soriano and Angelica Panganiban.

4 thoughts on “The Aga Muhlach Diet”