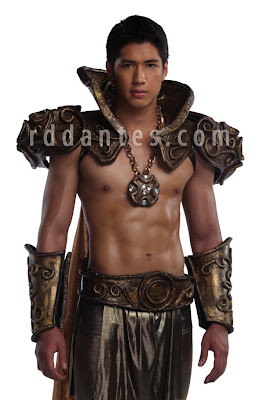 On 11 January 2010, Aljur Abrenica will appear as The Last Prince on prime time tv. This is the newest fantasy series of GMA 7 featuring the young hunk in a leading role. The story is somewhat Beauty and the Beast except that Aljur gets to walk the palace grounds shirtless in shiny jodhpurs. Which is a visual treat actually because Aljur really worked out hard for this role. Mark the date then for the start of the nightly incidents of a half-nekkid Aljur – Monday next week.

65 thoughts on “The Last Prince”