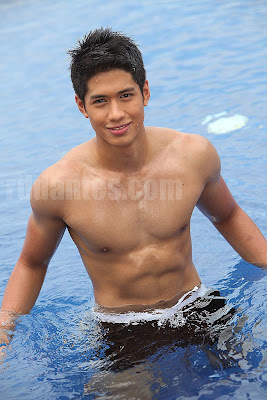 It’s the time of the annual list of Cosmopolitan [Phils] magazine’s top ten centerfolds and 69 hot bachelors. Guess who made it to the list – 19-year-old GMA-7 actor Aljur Abrenica, who recently had a sexy photo shoot for the magazine. It seems that his star’s really on the rise, as the top women’s magazine, known for its racy photos and articles, has acknowledged Aljur‘s flourishing career. And then rumor has it that local clothing brand Bench is getting him signed after his contract with little known Cotton Club gear expired most recently.

34 thoughts on “Aljur does Cosmo”