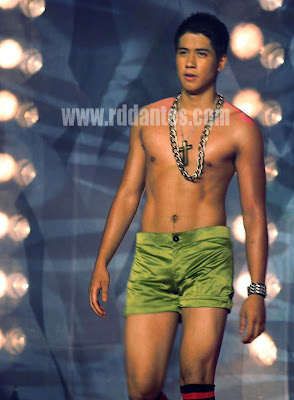 Is Aljur Abrenica, that cute kid down by the GMA 7 studios, being groomed as a sexy actor? Discovered through the reality show Starstruck, the 18-year-old Aljur has – ever since he won the Ultimate Hunk title in the show – been positioned in the sexy teen category. He, in fact, landed in StarStudio magazine’s top 12 “most sizzling boys under 23.” Now, that’s a considerable feat for this young guy as he is starting to get noticed.