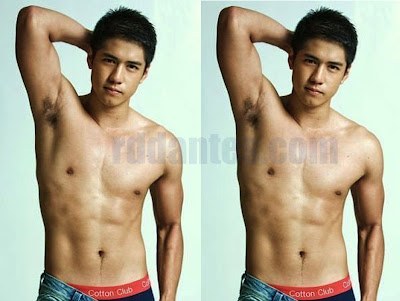 Today, 24 March 2009, GMA-7’s resident hunk-on-the-rise Aljur Abrenica is turning 19 years old. Things are going great for this young actor’s career now.  After a stint in the reality show Starstruck, Aljur appeared in teen shows in his home network.  Right now, there is a big shift to adult and more mature roles.  He’s in the afternoon soap, Dapat Ka Bang Mahalin, where he gets to do, er, adult stuff.  Too, he was recently named as the Most Promising Male Star of TV and Movies by the Guillermo Mendoza Memorial Awards.  It looks like he really is on the upswing. Happy Birthday, Aljur Abrenica!