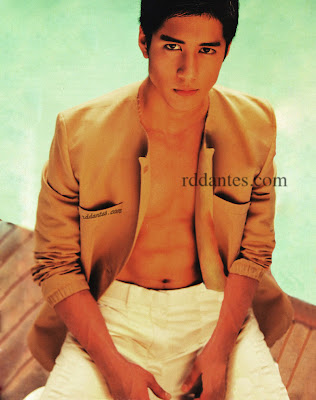 Oh, I forgot to post this image of a glamorized Aljur, part of a series of a fashion magazine shoot. The thing is, Aljur is big! He’s one of the biggest draws in this site, eliciting more comments than the average post. His record for the most number of opinions from you guys is that of the Afloat post. This coming year, he’ll be doing that shirtless-in-a-loincloth bit for tv as Machete, and I’m betting on his woody, he’ll elevate his showbiz street cred to higher ground.