To those wondering where Aljur hangs out when he doesn’t have work, he hies off to his father’s resort in Batangas City – Patio Alfonso. Named after his father and paternal grandfather, the resort is located in Barangay Tinga Labac, where daddy Alfonso also manages an entertainment center. 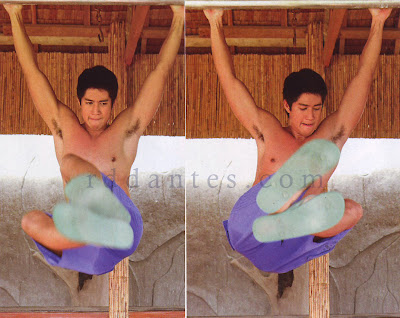 Quashing ugly rumors that the resort was given by Aljur’s wealthy gay lover, his father says that the property was purchased way back in the 90s and only developed in 2010. The move from their native Pampanga to Batangas, according to daddy Alfonso, was triggered by the Pinatubo volcanic eruption in 1991. So there!