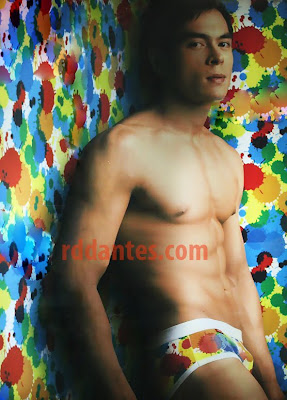 So, there really is a controversy brewing about Jake’s billboard in Magallanes. Here is an article from the Business Mirror dated 7 February 2010 [Sunday]: Aside from the potential danger they pose to pedestrians and vehicles during typhoons, it is more often than not the questionable contents of the colossal billboards dominating the busy and crowded city roads of Metro Manila that become people’s object of criticism. The most recent one is Bench-Body’s advertisement billboard of “new second skin” product depicting Jake Cuenca, Bench model and one of ABS-CBN’s celebrities, in a “provocative” pose wearing only a pair of scanty briefs. The complaint came in a letter to the editor from Atty. Romulo Macalintal, veteran-elections lawyer, stating that “the advertisement is an intentional and blatant disrespect for family values.” He said the campaign is a total disregard of his children’s right to be free from an excessive public display of vulgar, lewd and unwholesome product endorsements. Erected at the Magallanes interchange, the billboard serves as a “welcoming view” to motorists and commuters alike upon entering Makati City. The issue raises the guidelines being followed in approving an advertisement material.” Read the entire article here.