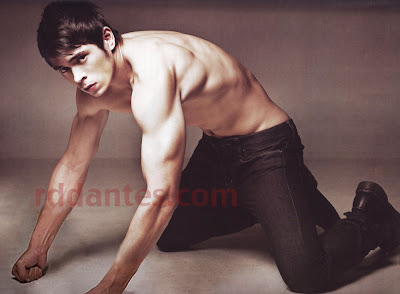 This is the image of 22-year-old actor and Bench Body endorser Jake Cuenca on a giant billboard somewhere in Quezon City, along EDSA. It’s not scandalous as the last board he had for Bench Body briefs a few months back. Just the same, Jake establishes himself as the current favorite of the top clothing brand. On tv, he’s also a prime time lead actor, validating his status as one of the more important actors in his home studio.