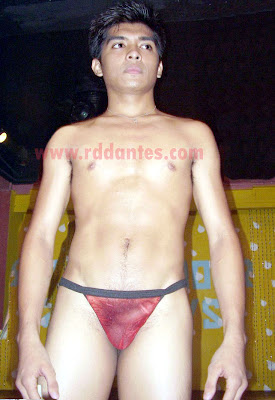 Miller Terrobias is a 20-year-old Pasay City native who went through the sexy male contests last year. He was in the Lakan ng Kalakhang Maynila 2007 male pageant, a preliminary contest to the national Ginoong Pilipinas. Then he joined the Valentino Magazine Cover Boy Search at Metro Bar [which contest was won by JV Roxas]. And the reason why we have the photo above is because he was a winner in one of the weekly contests of Lips Bar.