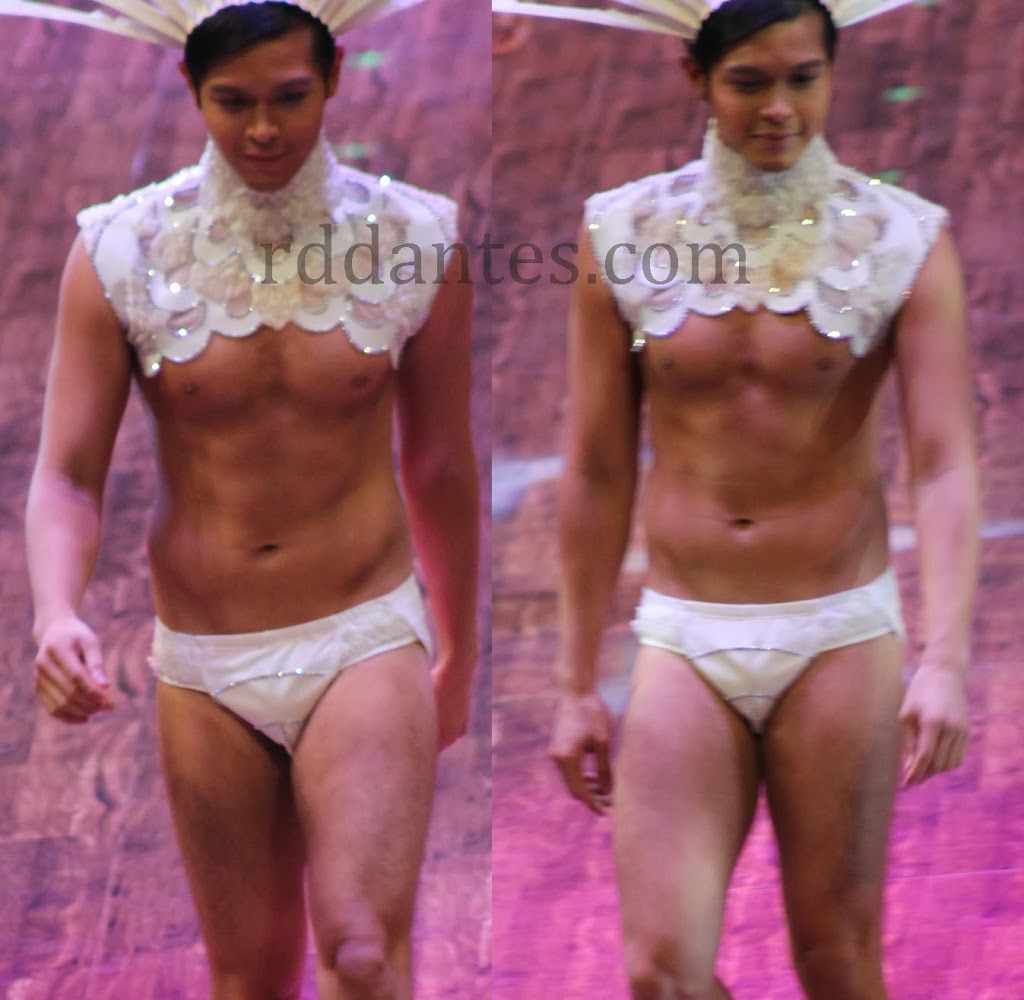 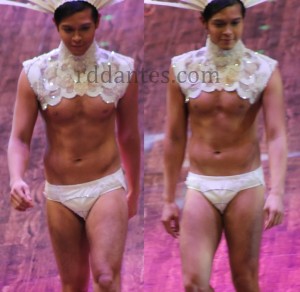 Speaking of basketball sons, did you know that basketball great Alvin Patrimonio has a son who went on stage at the Bench Universe show in his underwear? Twenty-four-year-old Angelo Patrimonio is no showbiz newbie as he appeared in ABS-CBN shows before trying his luck in Artista Academy [won by Vin Abrenica]. 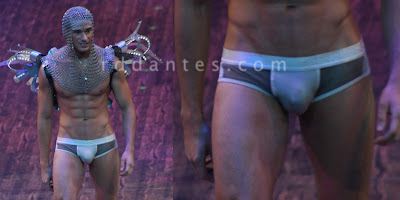 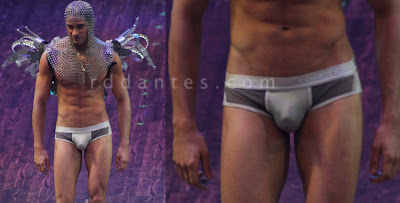 After the Outtake post, a number of readers are requesting for VPL images of hunk-of-the-hour John Spainhour. I don’t remember having salacious photos of the hot guy, but I just want to share these Bench Universe photos taken by Code Homme on his powerful camera, high up in the bleachers on the second night of the fleshfest. Good enough? 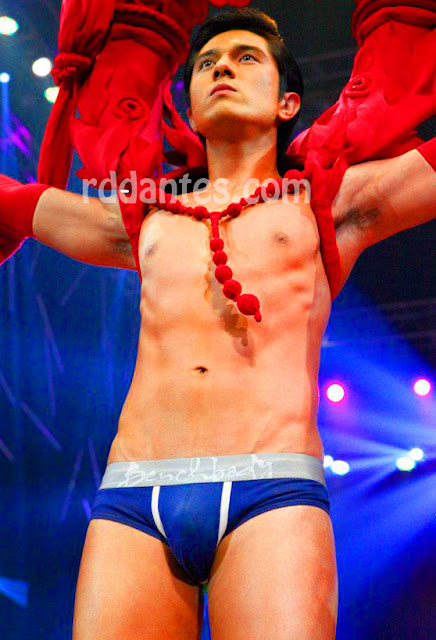 Now that I have your attention, here’s the PR for Bench:
Starworld is premiering the Bench Universe 2012 Denim and Underwear Fashion Show tonight at 9, making it the first entertainment production in the Philippines to be broadcasted on pay TV throughout Southeast Asia.  Bench’s fashion show is held every two years, but this year’s Bench Universe was the biggest, most extravagant event to date, spanning a two-day event on Sept. 13 and 14 at the SM Mall of Asia Arena.
Bench Universe is the largest denim and underwear fashion show in the Philippines, featuring collections from Bench, which has consistently drawn endorsements from the brightest local celebrities as well as global stars such as Maroon 5’s Adam Levine and Korean superstar Lee Min Ho. The show celebrated the brand’s 25th anniversary and featured a strong line-up of celebrities.
Starworld viewers will be treated to behind-the-scenes footage of the fantastical production, giving them backstage access to get close to the models of Bench Universe in their most unguarded moments. 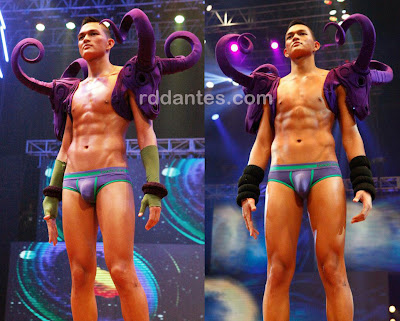 Can anyone please ID this guy? It’s been more than a month since the Bench Universe show where he first caught some people’s attention. Yet, no one knows his name! Does anyone recognize him, the guy with the long schlong going boing-boing? Is that even real? 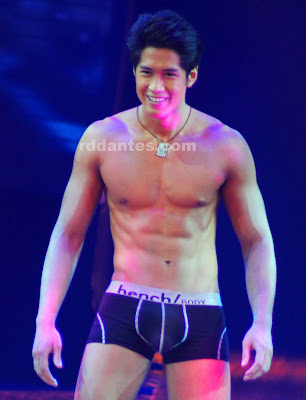 It turns out hottie Aljur did not plan the whole thing, you know – that split-minute episode when he dropped his jeans to flash his Bench Body boxer briefs at the underwear show. Instead, he says he just thought about it at the last minute while walking on stage. I’m not so sure about that declaration but he sure did make most people happy at that time. And, oh by the way, don’t forget to watch tonight on GMA the preem of his new rom-com series Coffee Prince. 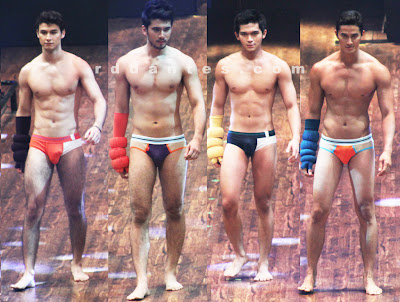 It’s the attack of the model boys! Who’s your bet among the four? From left to right:  Mr. 3 o’clock is Garret Armando Zebley, one of the more in-demand male mods this time of the bikini year. Then there’s Carlito Gonzales, seasoned model and the tallest in the bunch. Aaron Yanga made the successful transition from small-bar bikini open competitions to the legit runways.  And lastly, veteran model June Macasaet is one of the frontrunners in Manhunt Philippines 2012. Choose! 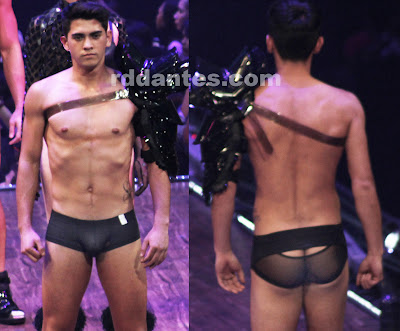 Cute boy model of Bench Body Mark McMahon shows us what he’s got – bulge, bum and all. He’s everywhere these days – from the runways to print and tv ads.  Mark, a 21-year-old former member of the Philippine Football Federation’s Azkals,  was born in Siargao but raised in Dumfries, Scotland. 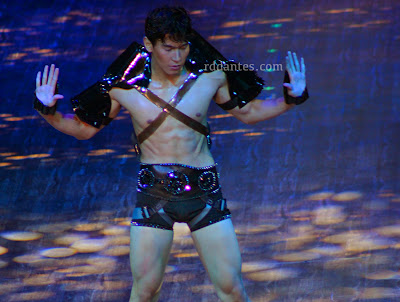 So you see, Enchong Dee‘s not that twinky after all. For starters, he has a nice swimmer’s bod. Nice legs. And nice arms. Well, as for the bulge down there, in contrast to your panty-liner jokes, he has his anatomy intact as shown in the picture. So there. 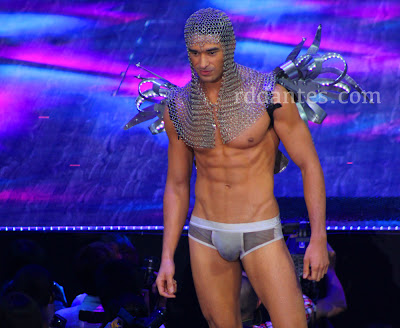 Hot and hunky mod John Spainhour is really the man of the hour. More images from the Bench Universe show, by the way. Bear with me. John came out during the show in a knight’s chain link hood, wedding gift ribbons and tight cotton briefs. Of course, the much-awaited bulge came with the package.