As the song goes, the only ones who could ever reach me were the sons of a preacher man. In this post, brothers Martin and Luke Jickain reached me quite well with these latest baring photos. Martin’s down in Boracay with his family and business and abs, while Luke shot recently for the Bench anniversary as one of the original models of the then-fledgling underwear line. Time flies, beauty’s retained. 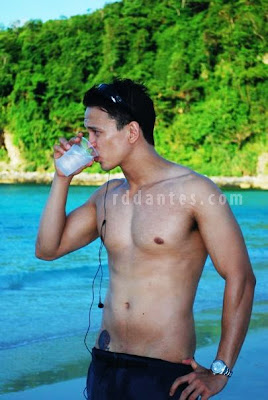 He got his groove back! Former male model Martin Jickain is now in fine form after gaining weight when he was with his former wife, the pudgy politician [or, corpulent councilor] from Quezon City. Martin now looks better than ever although he’s not regularly hitting the runways like his brother Luke does. These days, he’s busy honing his skills in the kitchen as he’s training to be a chef at the International School for Culinary Arts and Hotel Management [ISCAHM]. Delish, indeed! 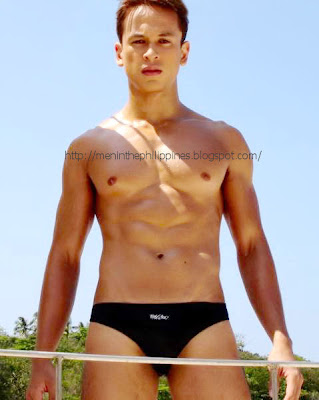 1. At the Quezon City Hall last Monday, the parking boys [and onlookers] were in a frenzy. Martin Jickain‘s estranged wife was giving away his shoes – lots of them – as contained in one of the councilor’s service trucks. Most of the shoes were sneakers and trainers, and the parking boys and city hall personnel were just too happy to have ’em shoes worn by the cute model.

2. At the Chika Mo Chika Ko show [6-7 pm, Saturdays at UNTV Channel 21 on Sky and Channel 99 on Destiny], the funny hosts were rattling off a blind item about a recently-separated male model who went back to his relationship with the tv director-boyfriend. Of course, there are no blind items in the show as the hosts eventually name the subjects. The hosts identified the male model and the director of the morning show Sis on GMA 7. Hilarious show. You should watch it guys. 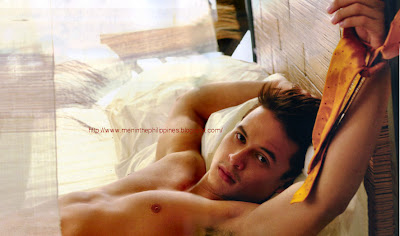 Martin Jickain is in the news lately, after publicly admitting that he and his Quezon City councilor-wife of 1 year and 7 months have separated. Apparently, his wife [with one-year old daughter in tow] left the rented family home, due to Martin’s “womanizing.” Martin, who had a pet shop business in Ever Gotesco [now closed], denied the allegations but is still mum on the real reason for the separation. His wife has filed a Petition for Permanent Protection Order with a Quezon City court because Martin “might harm her.” 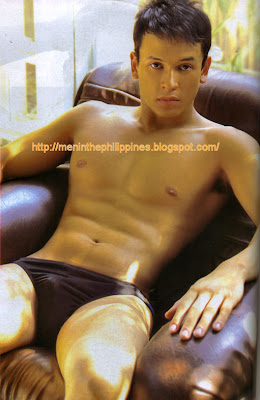 Martin Jickain is all over the papers these days, in advertisements for the non-invasive slimming method of Marie France for Men. His pictures with a big tummy, like his wife, are also plastered in the ad campaign, where he proclaims he lost 30 lbs. and counting. It’s a good thing he’s decided to lose the extra baggage, although he still looks a bit plumpish. For now, photo above will remind us how he looked gorgeously slim and fab a few years back, when he was still single. 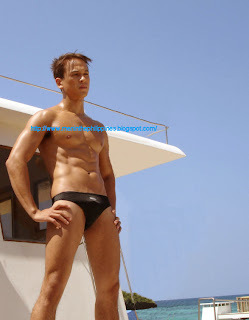 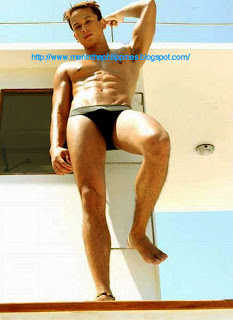 Photos of Martin Jickain during the Mossimo Bikini Summit 2005,
where he won first runner-up 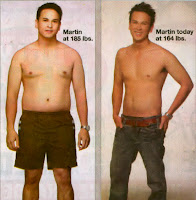 Scanned from the papers, photos of a before-and-after Martin Jickain,
promoting slimming technology by Marie France for Men
Fortunately, erstwhile glam male model Martin Jickain has realized this early that, yes, although his former-actress-now-porcine-politician wife can eat a horse and a half, he does not necessarily have to go her gluttonous ways. Immediately after getting hitched to his dumpy wife, Martin Jickain shied away from the runway lights and helped his wife in her office’s obligations. Martin naturally gained weight, as he did not have time anymore to hit the gym. Now Martin is all over the papers promoting the non-invasive slimming methods of Marie France for Men. Thankfully, although he is still far from the 155-lb.-frame he had circa Mossimo days, his 164-lb.-frame would have to do for now.