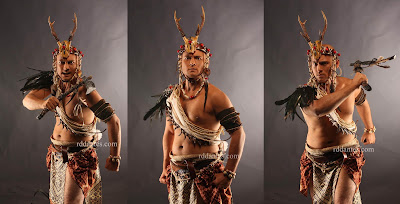 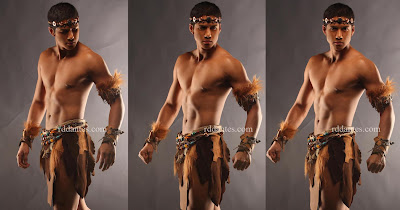 In the upcoming series [due 24 January 2010 on GMA-7’s prime time] Machete portrayed by it-boy Aljur [bottom images], the male support are also going sexy. The brother of Richard Gutierrez [not the extra pudgy one] is there, and so is Polo Ravales [see his buttocks]. Now, if you are into bears and cubs and chubby guys, Ryan Eigenmann is also wearing a skirt in the fantasy show. Right on! 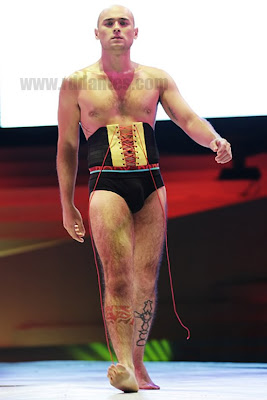 Ryan Eigenmann also made it, albeit reluctantly, as a model for Bench in the recent Blackout show.  The actor, active in the indie circuit [recently seen as the male lead in the Cinemalaya 2008 entry 100]  and as the perennial villain on tv, walked on stage in his size-under skivvies. It was a cute sight as he didn’t have much of the typical male [underwear] model’s body.  Just the same, Ryan Eigenmann was naturally sexy that night.

To me,the best-looking and hottest among the Eigenmann brothers, sons of noted Filipino actors, is Ryan Eigenmann. At the recent IndieSine, an independent cinema festival, held at Robinsons Galleria Mall, his latest movie Baliw [literally, deranged] was a big hit among indie film lovers and critics. Ryan was the lead in Baliw, as a messed-up orphan who grew up to be a serial killer. The movie was megged by a California-based Filipino, Redd Ochoa.