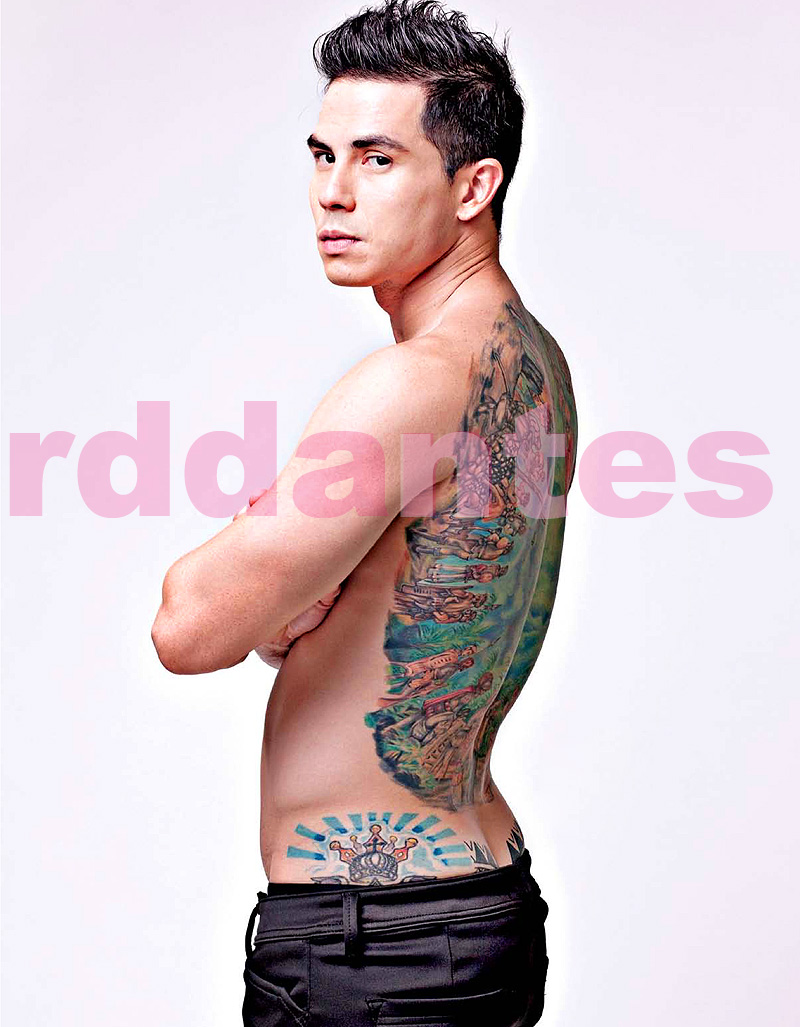 As I have mentioned before, I am not big on men with extensive tats on their bodies but I can absolutely deal with Vince Canizares‘s inked bod anytime. Heck, he is one hot and handsome fella, I can make an exception to my extreme bias. As long as he keeps ’em coming with salacious photos, of course. 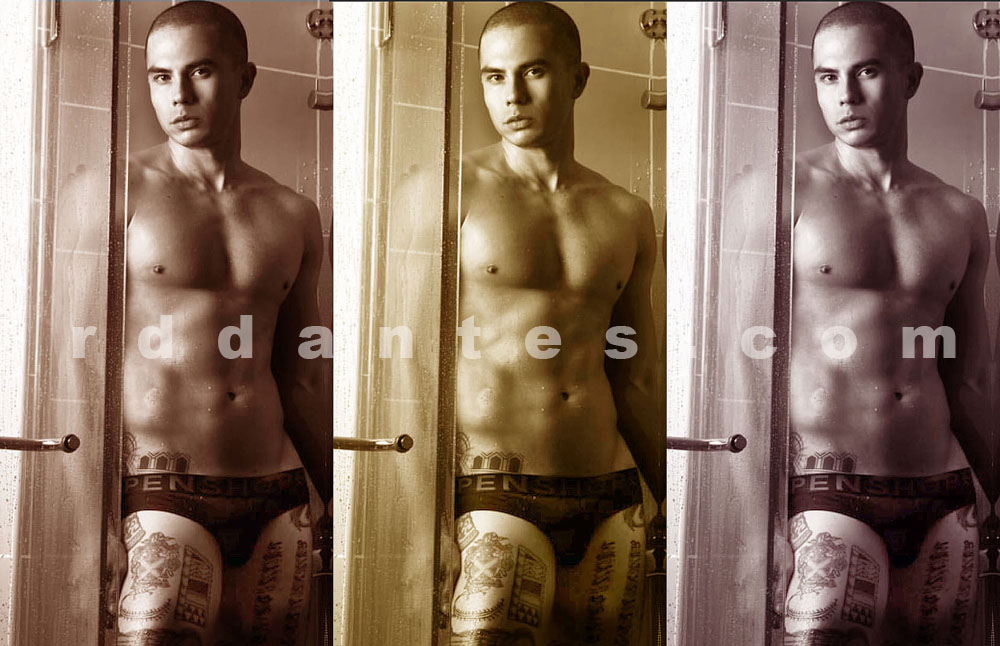 Male mod Vince Canizares‘s latest in his body of work: an inked body. The veteran model is showing off his artfully-placed tats, and of course, we sometimes appreciate a handsome and hot man with lots of torso (and legs) drawings. Especially if it’s Vince.

Monday’s feature is all about this unrelated duo of boys, except for the fact they share(d) a common name. Model Vince Canizares once dominated the runways of Manila. That was a decade ago, and he’s still at it.  It meaning modeling, although now, he’s too inked, dividing his hordes of fans whether they still like him or not. I still like him, if you ask me. 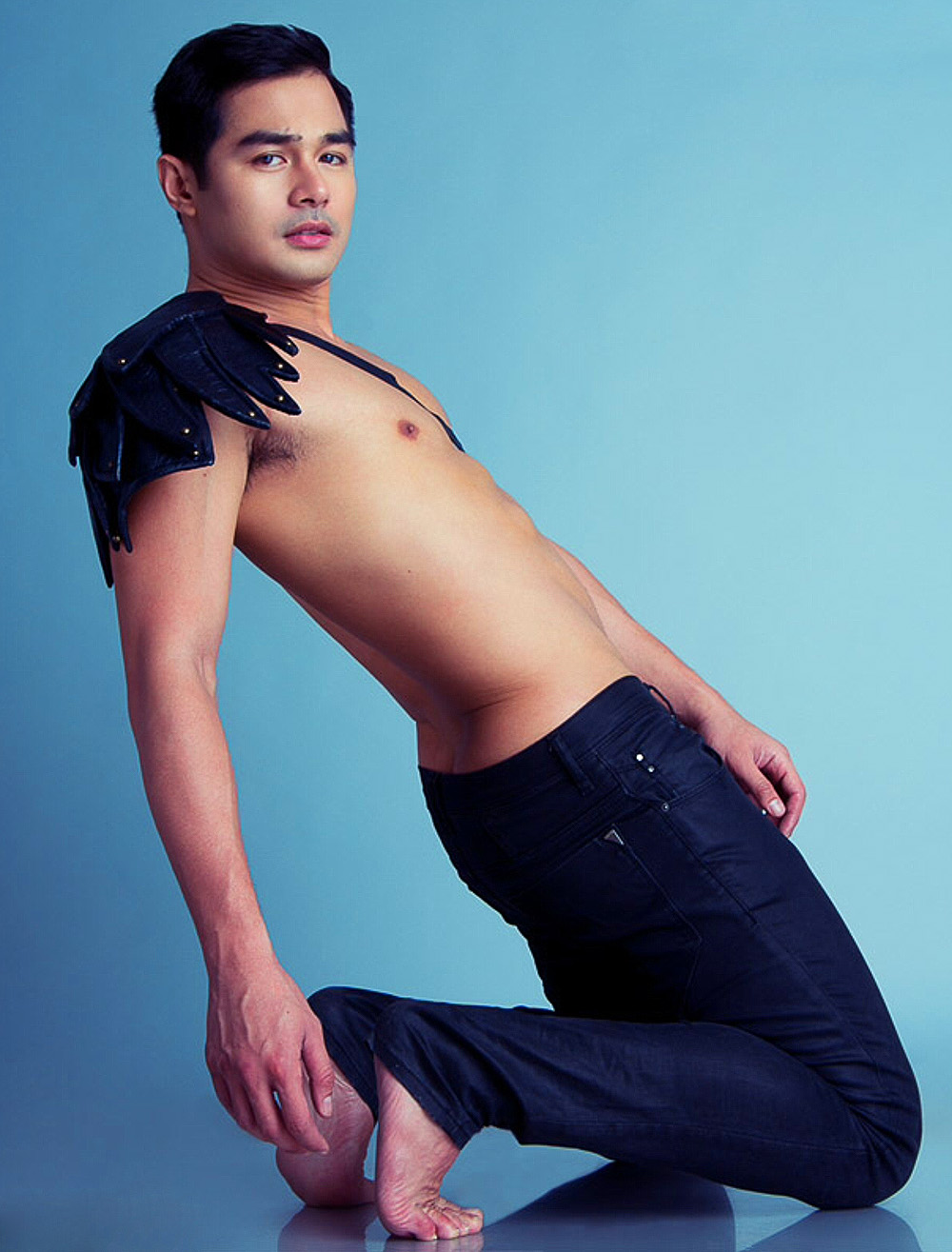 Benjamin Sapida used to be called Vince Saldaña when he was just starting out in a reality show for cute boys. Today, he’s known as Benjamin Alves and his body of work consists of movies, afternoon soaps on tv, and walking and posing in his Bench Body underwear a couple of years back. Some body of work, actually. 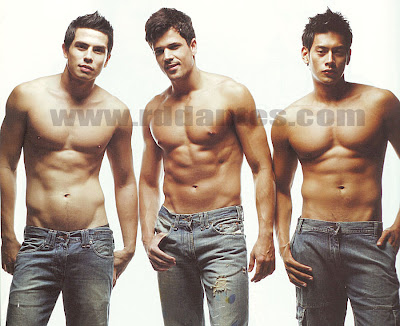 Now, here are three guys to choose from, and here’s the question: The best looking guy among the lot is [from left to right] –
a. Vince Canizares
b. Eduardo Fagundes
c. Bruce Quebral
It’s a motley group of models, really as Vince Canizares is a mestizo Filipino-Spanish, Eduardo Fagundes is totally Brazilian, and Bruce Quebral is the moreno Filipino. I don’t know if it’s a coincidence but the three models have not been very active at the moment. Too bad.  Now, if you ask me, I’ll go for Vince first. 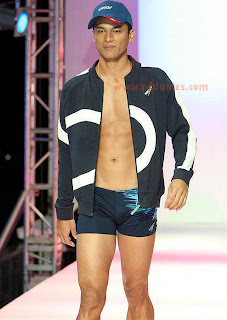 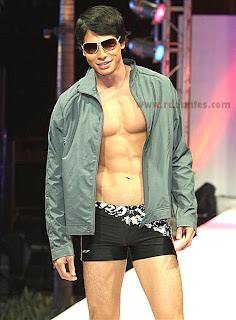 Just when I thought my favorite models – the dark-skinned male supermodel Rocky Salumbides and the very mestizo Vince Canizares, have disappeared into the backstage [because they have not been very visible lately!], the two top male mods were recently spotted strutting the Bonifacio High Street runway for Speedo. At the show, Rocky and Vince were still true to form – showing their stuff that made them Singapore’s top models a few years back. 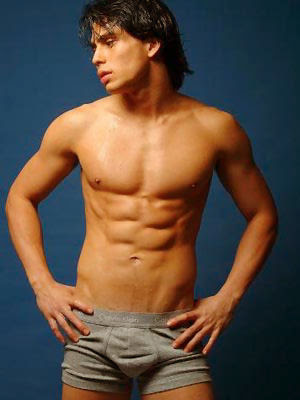 Despite the bad press and the appendectomy scar, I’m still rooting for this Cebuano model in the 2007 Century Tuna Superbods Beachfest. Vince, who is 23 years old and stands at 6’1″ has been modeling for 6 years now, and I think this will be the first time he has joined a looks-and-brawn contest. Log on to http://centurysuperbods.ph/ to cast your votes.