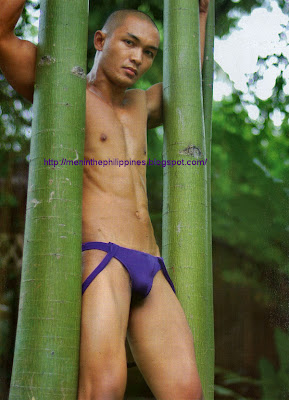 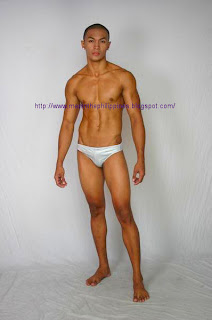 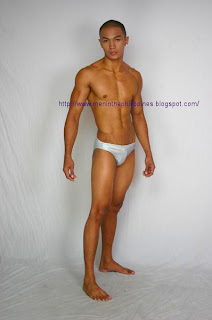 The tall, swart hunk with the butch cut at the Cosmopolitan Air 69 Bash goes by the name of Paolo Laroza, a 22-year old model who has done various modeling assignments in the biz. At the Cosmo event, he was the shirtless one in shiny red leggings, which revealed his enviable cuts and cast. Incidentally, he also appeared as one of the bit actors in the stripteaser movie Twilight Dancers.