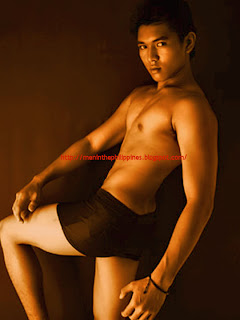 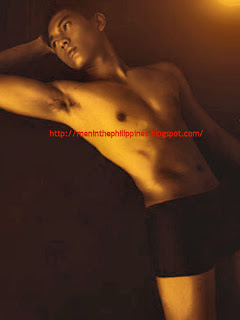 Twenty-year old Aaron Tuiza is a part-time model from Canlubang, Laguna. The 5’11”-tall gorgeous lad was part of the preliminary games last night at the Cosmo Air 69 Party at the Tent. The game was a variation of the staple party pastime Trip to Jerusalem [instead of chairs, there were boys who served as chairs and who removed one piece of clothing at a time]. Prior to that, as he volunteered to exit after there were only three guys left against the three female contestants, the crowd howled and wanted him to stay. Instead, the uproarious audience pointed to a pale and gaunt model by the name of Marvin de Alban to leave. Poor guy, he was embarrassed on stage. Natch, Aaron Tuiza was the main guy-chair left when there were two girls remaining, after the other model [Joco San Juan] offered to leave lest he suffer the fate of Marvin de Alban. By the time he stripped down to his boxers, the crowd went berserk. UPH was saying, “Sisikat ‘to.” Uh-huh. 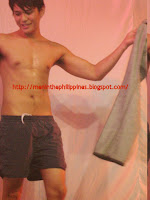