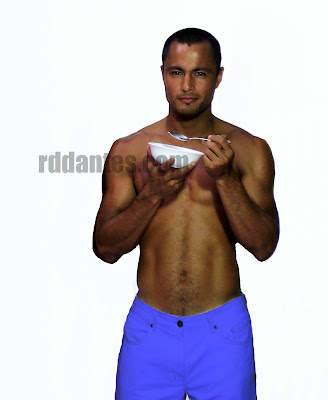 What is the taste of corned tuna? Dingdong Dantes is endorsing one. And now, Derek Ramsay is advocating it. The thing’s supposed to taste like corned beef, except that it’s fish and apparently healthier than the cow meat version. Anyways, Derek is pushing for it and I might just have to try this one out. Besides, unlike Dingdong who appears in a rival ad in white shirt and pants, Derek goes all out shirtless. In fact, he has lots of them billboards in EDSA posing as traffic hazard.