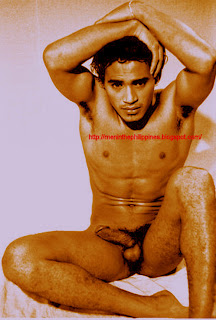 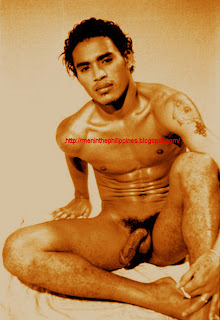 Brando, a previous Dick-A-Day feature, was the winner of the third edition of Hunks in Motion,
an annual competition among exotic dancers in the Philippines. He was from Davao City
‘ Isn’t it awfully nice to have a penis / Isn’t it frightfully good to have-it-on / It’s swell to have a stiffy / It’s divine to own a dick / From the tiniest little tadger to the world’s biggest prick / So, three cheers for your Willy or John-Thomas / Hooray for your one-eyed-trouser-snake / Your piece of pork , your wife’s best-friend , your passing or your cock / You can wrap it up in ribbons, you can stuff it in your sock / But don’t take-it out in public or they’ll stick you in the dock, and you won’t come back.’
Sung by Eric Idle in Monty Python. The Meaning of Life [1983]