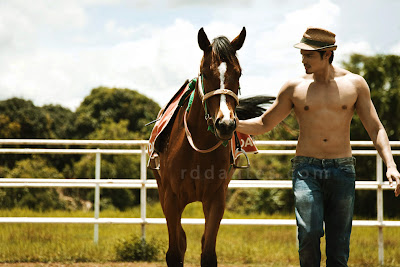 If there is one thing leading-man-of-the-moment Dingdong Dantes has not done yet, it’s the theater. He has proven his hosting and dancing skills, plus he can whip up a thing or two in the acting department [tv and the movies]. He has not yet taken theater, though. Maybe he can do Equus, that play by Peter Shaffer about a young man with a sexual fascination for horses. The most famous guy who played that role was that Harry Potter kid who had scenes where he had to ride a horse, bareback and naked. Now that would be a good start.