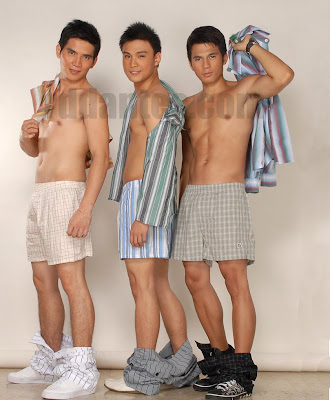 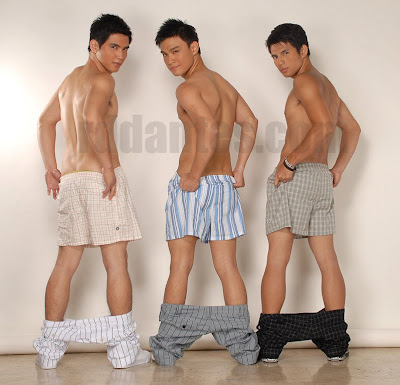 Here are more photos of the new boy-group YM [Young Men].  They are releasing a new album under Ivory Music and Records called  I-YM Mo ‘Ko.  The three boys can actually sing although they were known to have come from personality [and bikini] contests.  Andrew Miguel was the first runner-up at noontime show Eat Bulaga’s Mr. Pogi 2003. Edgar Allan Guzman, on the other hand, romped off with the Mr. Pogi 2006 title. And Dex Quindoza was a reality-tv castoff [Starstruck 4] and Mossimo Bikini Summit 2009 candidate.  By the way, the group has an interesting song in their album – Nagmahal Ako [Ng Bakla].