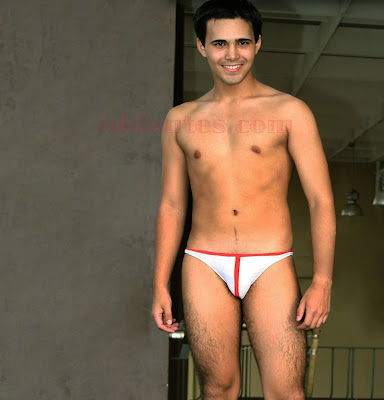 Nineteen-year-old Filipino-Belgian model and tv personality Edouard George is slowly making a name for himself in show business after some stint in modeling. He quit the Mossimo Bikini Summit 2009 competition right before the finals just to ink a contract with GMA-7’s popular Hole in the Wall as a lifeguard. It could have been the best decision so far for this cute guy who was reportedly discovered on the shores of Boracay while he was on vacation with family. And while he’s getting famous, he might want to shake off that two-bit image as his handlers put him in shoddy-sleazy bikini contests before. Edouard George deserves better.