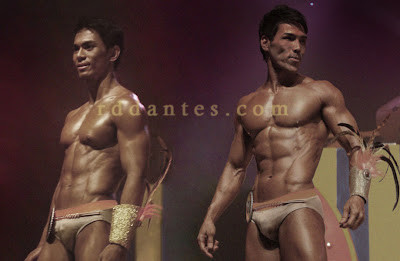 Guess who joined and who won this year’s Slimmers World Great Bodies contest? The guy on the left is former Provoq guy and indie actor [Kambyo] Gabriel del Rosario, who looks like he’s put some mileage on. And tired. He still has a great bod, though. Gabriel did not win, but the one on the right did get the top prize. He’s 41-year-old Marc Dungo, who won the same title ten years ago. He was also featured here three years ago, and the comments there are rather, uh, informative.