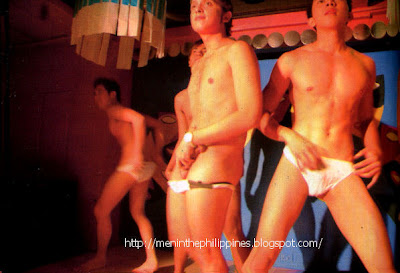 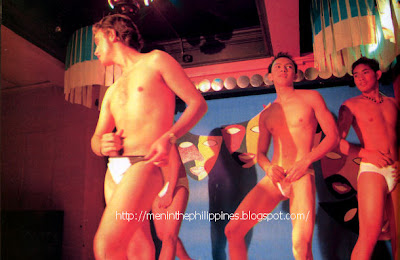 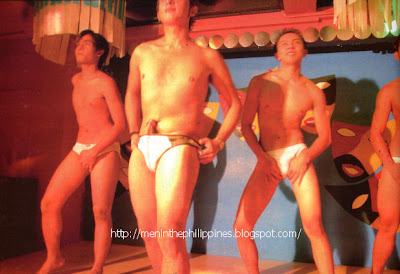 Lazing around on a Saturday evening, some friends [F. and G., a couple who stayed for dinner] started to map out the weekend gay romp in town. Instead of going to the usual Malate or Makati gay bar, F. proposed that we go to a gay bar in Quezon City. Now, in Manila, a gay bar would mean really naked boys dancing on stage. The proposal was met with excitement, as I haven’t been to a bare-naked-boys-dancing gay bar in ages. Yet, G. started to rant: Are gay bars in Manila still relevant these days? He goes on to say that these are wrenching times for the gay bar as strippers and porn videos are not such a big draw now that bare skin is so accessible through other means [e.g. the Internet]. “Even Entrepreneur magazine listed the gay bar – along with piggy banks, record stores, used bookstores and payphones – as a dying business,” G. went on. “What used to be a hangout for people who felt unwelcome elsewhere is becoming less necessary,” he declared, quoting the magazine supposedly.

Maybe he has a point in there. Most younger gay guys now prefer to go to the dance clubs in Malate and Makati, and even Cubao. Unlike middle-aged and older guys, they see the gay bars in Timog and Potrero not as a weekly treat, but something more of a place where they can hold shower parties and the occasional i-want-to-see-live-dicks-tonight episodes in their night lives. Moreover, gay men in Manila have lots of options now – there are comedy clubs, sing-along bars and tony dance clubs, where they can freely interact with the straight ones.

I think gay bars [the ones with dancing really-naked boys] are not yet up in the extinction list. Maybe the owners should just up the ante a little bit. Diversify and upgrade. Most are turned off by the stinking toilets, the smoky-in-a-bad-way feel of the bar, the aggressive dancers and GROs and the pricey drinking list. Seedy, in other words. If only gay bars in Manila would just turn it up – swing the place around clean and spanking [not spunky], put a dance club with dancers just on stage, and make it more comfortable for the younger gay guys to get in. Now that would have to be a challenge to get the Manila gay bar off the extinction list.

And as for us, we ended up drinking at home till the wee small hours of the morning. This explains the late post.