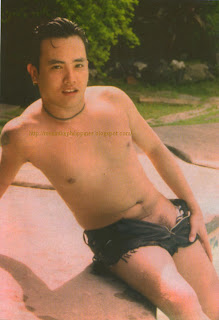 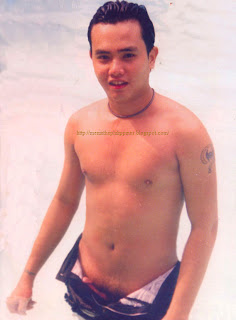 Jericho Cuevas, gay bar dancer.
The post on gay bars elicited various comments, but the most appreciated one came from a guy “nearing 70s”, who regaled us with the gay life then and now. Here’s more from Anonymous reader, who calls himself “Sexagenarian”. I am posting his comment in full, and I sure hope he will continue to share with us more about the gay life then. Much appreciated, Sexagenarian.
Sexagenarian said: The late movie director and Regal “fixture” Joey Gosiengfiao said two years before his death that in the heyday of the gay bar here, dancers and GROs earned a lot, really A LOT, thanks to big-spending guests who lavished the boys with attention and cash. Fact is, some of these star dancers’ careers ended when they agreed to be the kept partners of their patrons. Others lost their careers for various reasons like wrong attitude, lack of discipline, drugs, etc. This is all well-depicted in the movies of Lino Brocka and Mel Chionglo. Joey went on to say that the gay bar lost its luster when the men who used to frequent them lost interest, stayed home and went elsewhere. Exactly what happened to old bloke: I lost interest, stayed home and went elsewhere. Joey went on to say that the younger gays, being more open, self-confident, and not self-tormented, not to say, loaded with cash, have no need for the dark, cloistered world of the gay bar, with all the wonderful options available outside it. Joey knew what he was talking about. He owned the gay bar called Chicos right in front of GMA Network Center on Timog which had a very long life span. But even before Joey’s death, the place had lost its crowd and so had to close shop and be torn apart. Joey also directed the local production of the hit off-Broadway play “Boys in the Band” which had a long, successful run at Ayala Ave. in Makati in maybe 1970, watched by Manila’s so-called beautiful people, the upscale gays, artists, students, and theater buffs. The play is about a group of gay friends who throw a birthday party for one of them, and guess where they decide to hold the party? A gay bar? Nope, in an apartment, just like where today’s young gay guys would hold theirs.