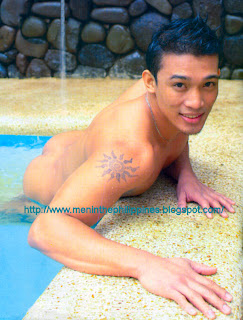 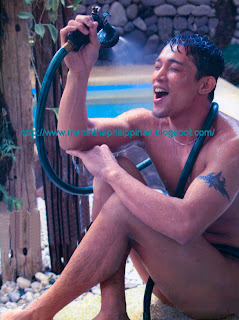 That beautiful season the Summer!
Filled was the air with a dreamy and magical light;
and the landscape
Lay as if new created in all the freshness of childhood.
– Henry Wadsworth Longfellow
Chris Sevilla is a part-time model and a 2005 Ginoong Pilipinas finalist. He has appeared in the infamous series of underwear [or lack of it] shows regularly held in the bars of Malate or Quezon City. Chris Sevilla has also posed for promotional photos for said shows. In the buff.