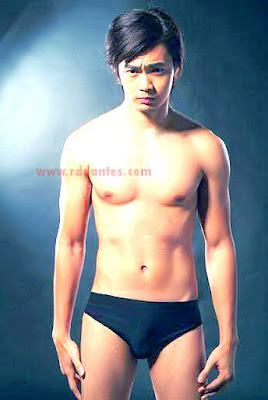 Before he got famous in the Bench contest [and eventually, the underwear ads], Haroun “Ron” Morales looked like this. The shy lad from Las Pinas City has indeed gone a long way – after his stint at the Bench model search. Before, he was a fledgling pageant-contestant, from Mr. Campus Face 2005 to the Mossimo Bikini Summit 2007. Now he regularly appears in ABS-CBN shows, aside from his exposure in the Bench ads.

One thought on “Vintage Haroun”