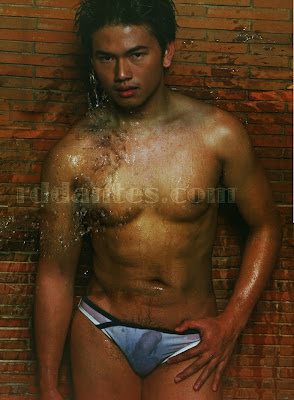 A couple of years ago a little movie called Ang Lalake sa Parola premiered at the UP Film Institute to a big happy crowd. It launched the showbiz career of one Harry Laurel later re-named Harry Chua, an innocent-looking and fresh-faced bikini open regular. Of course, he was a big revelation in the movie, which was written for the screen by Lex Bonife and directed by Jay Altarejos. The movie had a successful commercial run a month after, and people were clamoring for more of Harry. Sadly, he put on a little poundage and the movie offers got scarce until he disappeared from the scene.