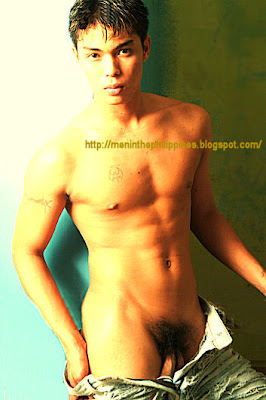 Ido Victor. Not a jerk. Model only.
A friend recently got entangled in a pseudo-relationship: he didn’t know that he was dating a guy who already has a boyfriend. Thanks to my loud mouth quite accidentally, he discovered early on. He was, how do you say that again? Devastated. Because the guy is hot, charming, handsome, smart and, uh, hot. And he was beginning to love the jerk, beyond the late-night sex and the amorous text messages. Later, my friend, during comfort episodes, would reveal that the Mr. Jerk was inconsistent and mercurial at times. Tell-tale signs of something amiss in the calculus of Mr. Jerk’s so-called affections for my poor friend. Which got me thinking – what is it about jerks anyways that make them so appealing sometimes? Do we get attracted at some point in our lonely lives to the self-destructive skunks? But how? In the article The Mystery of Jerks by Katz and Holmes, the conclusion reads: Admittedly, there are a few people who probably enjoy the histrionics and the moods and the make-up sex that come with dating drama kings and queens. But I’d bet that most are just willing to tolerate the drama, because, thus far, that drama comes attached to the “best” person they could find. Essentially, they’re saying, “Yeah, he’s inconsistent, selfish, and distant, but he’s all mine.” Just realize that every second you’re spending with the wrong guy is a second that you’re not out looking for the right one, the guy who gives, the guy who listens, the guy who learns. Darn, this is all so true. Are you reading this, Honey?

3 thoughts on “The Mystery of Jerks”