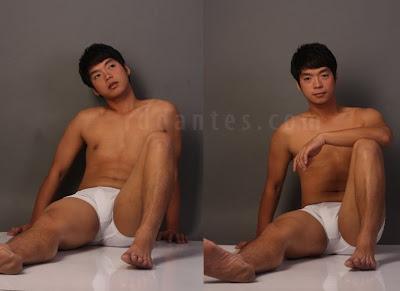 There’s a new boy in town and his name is Jeff Tatsuro! This comer is a second year nursing student and he’s starring in his first movie entitled Parisukat with veteran sexy actor Toffee Calma. Now, if it’s a movie with Toffee Calma, expect some hot and provocative action [and scenes]. In fact, Filipino-Japanese Jeff Tatsuro has reportedly four scenes in the flick involving the male genitalia – visually shocking and unsettling, as it is. Parisukat, directed by Jonison Fontanos under Phylum Productions, will be shown in February 2010.