537,878 spam blocked by Akismet
That’s the title of a 30-minute showbiz reports and commentary program on RJTV hosted by Chito Alcid, the talent manager and entertainment industry columnist and reporter of yore [Was he ever in Inday Badiday’s See-True or Eye to Eye?]. I am writing about this because somehow I get the urge every 5.30 in the afternoon [that’s Mondays to Thursdays only] to go home and click on the show. Chito Alcid dishes out the latest news in the biz, with some dissing of course.
Chito Alcid rants about showbiz for about 30 minutes because he doesn’t have commercials [he just promotes a hair grower and a tarpaulin company in his show]. What I do like most about the show is that he does a lot a-bitchin’ but in a positive way. This show is unlike his contemporaries over at UNTV – I think those are the Pete and Peter guys, with the aging transgender and old gay guy straight out of Pan’s Labyrinth, who collectively hiss and hoot about all the actors and celebrities in Manila. Chito Alcid’s “Look Who’s Talking!”, on the other hand, is different because he does it in a good i-care-about-the-biz way [e.g. Ricky Reyes’ ostentatious display of wealth in times of economic crisis, Wilma Doesnt’s kiss-and-tell about Onemig Bondoc – Chito: Wag mong gawing kabarrrret ang showbiz!, etc.]

Go watch the show if you have tv sets in your offices [it starts at 5.30pm] and it is good conversation material over at the water station or coffee machine. What I find amusing, too, is that Chito Alcid punctuates every report or comment with a Tse! or Tsura! Hilarious. 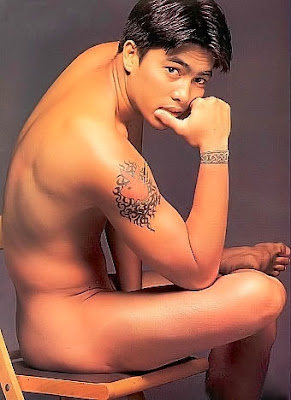 Last Thursday’s show carried a report about Jay Manalo, who seemed to have prolonged his stay at the casinos, which has prejudiced his career, family and finances. The report mentioned that Jay Manalo has been taking the cab lately because he has sold all his cars [Jay, including that Honda Accord plate no. YAJ 168 you regularly use? Groan.] Chito Alcid was saying that Jay Manalo will soon mend his ways because he knows Jay is a good guy. That is awfully sweet.

One thought on ““Look Who’s Talking!””