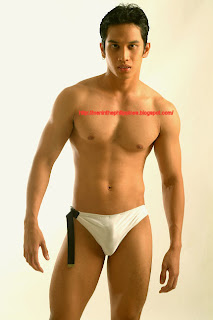 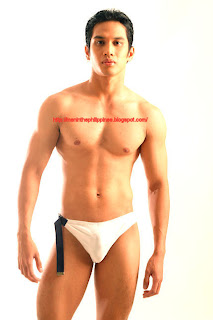 ORLANDO Nadres’ award-winning play “Hanggang Dito na Lamang at Maraming Salamat” is now a digital movie. Digital film director Lino Tañada adapted the play into film after Fr. VG Nadres, Orlando Nadres’ nephew, gave him the go signal. “Hanggang Dito na Lamang” is about homosexual love and how it is expressed in a small Philippine town. It stars Nonie Buencamino, Jon Santos, and Jerwin Mercado [aka James Mercado of the Viva Hotmen]. Nonie Buencamino [as a closet case] and Jon Santos [as a flaming queen] play bosom buddies, and Jerwin Mercado is the object of the former’s affections. The buzz is that a frontal nudity scene by Jerwin Mercado happens midway in the movie, so local film buffs are anticipating the showing of the film in the coming weeks. “Hanggang Dito na Lamang at Maraming Salamat: the Movie” is included in the 2007 Cinemalaya alternative filmfest and will be premiered at the CCP Little Theater on July 22, 6 p.m. Its regular showing will start on July 25 at Robinson’s Galleria IndieSine. The film will have its premiere showing on August 3 at SM City Lucena and sponsored by the Office of the City Mayor, Lucena Council for Culture and the Arts, and SM City Lucena. This is for the benefit of the Museo ng Lucena.

One thought on “Jerwin Mercado in new movie!”