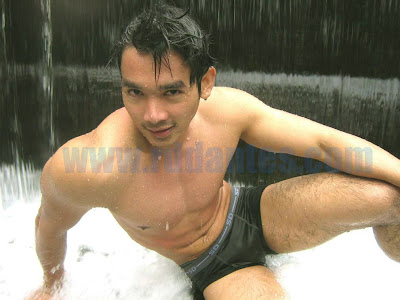 What’s this I heard about the Johnron moving over to Macau to work in a bar there?  Shades of a story of Harry doing Asia’s Gambling Capital, huh? But then again, someone’s going to share the Johnron’s career move soon and for now this is a promo for a movie:  Now showing at the Robinsons Galleria, Robinsons Ermita, Isetann Recto, Grand Central Gotesco Commonwealth, Remar and ABC Guadalupe, Love Birds is a light gay comedy starring Joseph Izon and a Puerto Rican hunk.  Also the Johnron is one of the actors in the cast and I’m sure there are some scenes in there where he gets to … just watch the movie, guys.  It’ll be fun.