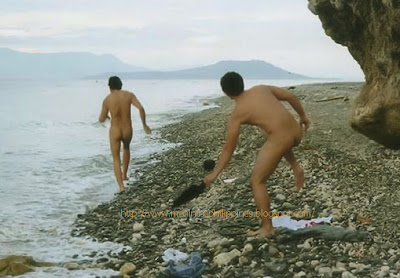 The movie Ang Lalaki sa Parola was certified by Robinsons Mall as the highest-grossing flick shown at the Indiesine cinema at the Galleria branch. It is currently showing at the Robinsons Mall in Manila. From the People’s Journal, published recently, here’s some 411 on Harry:
“Harry Laurel shines in the indie film Ang Lalake Sa Parola (The Man In The Lighthouse). Born Harrison Chua on October 18, 1986 to Nestor and Evelyn Chua (the former is a TransCo-Napocor lineman and the latter is a housewife), Harry spent his formative years in the sleepy town of Talisay, Camarines Norte. When he was old enough to study, his parents sent him to C. Villagen Elementary School; when he hit high school he moved on to the Camarines Norte State College of Agriculture.

One of Harry’s earliest challenges came during the 2004 Ginoong Albay pageant, which he lost. He joined the Rajah Bagakay pageant in 2006 and walked away with the Mr. Photogenic award. A year later, he beat out a host of other hunky provocateurs to win the 2007 Heat Wave Bikini Competition. However, Harry couldn’t believe his luck at first. “Akala ko noong una joke lang. Hindi ko kasi akalaing puwede akong mag-artista dahil hindi ako gaanong marunong mag-English at probinsyano pa ako.”

16 thoughts on “Harry takes a dip with Justin”