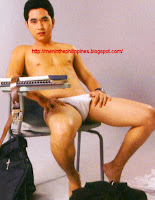 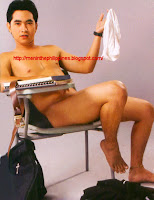 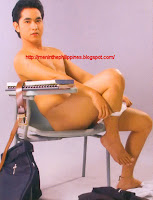 The winner of the Valentino magazine’s Coverboy search was 19-year old Joseph Ver “JV” Roxas. The shortest [5’6″] and one of the few flab fellows in the competition, JV Roxas, nevertheless took home the top plum, which included some cash prize, a stint in the indie movie “Moreno,” and as cover of the magazine’s June ish. Yet, when the June anniversary issue of the magazine [see previous post ] came out, JV Roxas was nowhere near the glossy covers. JV Roxas is young, stubby and squat, and he deserves to be on the cover of the magazine, if you ask me.