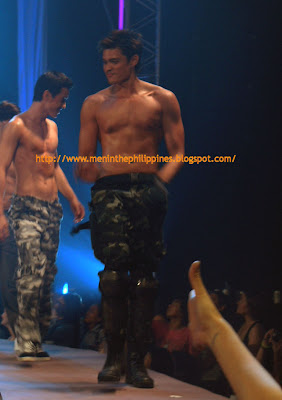 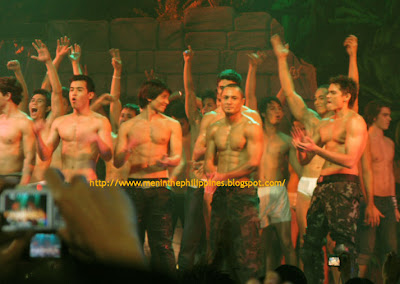 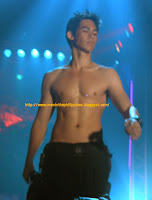 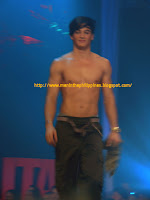 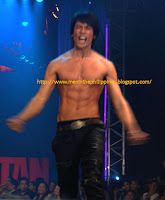 Derek Ramsey and Luke Jickain
It was a screamfest. The Cosmopolitan Bachelors’ Bash was a howling success, judging from the deafening shrieks from an audience gone wild over the eight Cosmo centerfolds who showed up, plus the other daring men who walked the stage shirtless and sometimes, in their bikinis and skivvies. Derek Ramsey drew the loudest reaction from the crowd, as well as Dingdong Dantes and a revved-up Luke Jickain. While Joem Bascon was cutesy and Jon Mullaly aka Jon Avila was bashful, Bruno Folster and Marvin Wijangco were working the audience with their charm. Of course, Paolo Paraiso, who went in first, threw his shirt to the audience and walked the ramp, confident and sassy. And then there was Dingdong Dang-Teats, in a dramatic entrance. For a while I thought he’ll just stick with his shirt on. But then again, he simply ripped it up and proudly strutted the catwalk.