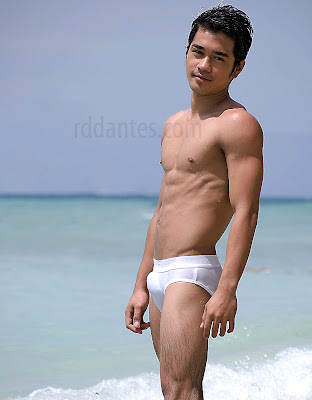 If you’ve seen the trailer of the new movie Santuaryo by Climax Films, chances are, you’ve also watched this guy running nekkid – teabag, dick and all – on the beach. He is Gino Quintana, a regular bikini open contestant. The 5’7″-tall Gino appears for the first time in a movie, and daring at that! Santuaryo is the story of a bunch of guys beached on a deserted island. Six guys, one island, zero underwear – you do the calculus. The movie’s showing on 17 March 2010 in selected theaters.