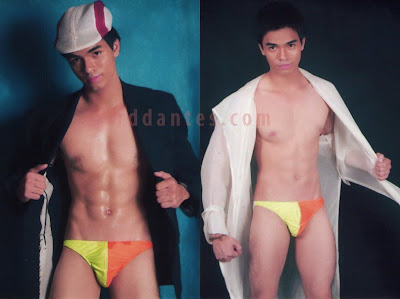 The new guy in bikinidom come is Paolo Dionio, a 21-year-old Nursing student from the University of Perpetual Help System in Laguna. He was the winner in last year’s Metrobodies Search for Model of the Year, an annual bikini open sponsored by Metro Bar in Quezon City. This was the same contest previously won by Will Sandejas and Dexter Castro [tie]. The 5’9″-tall Paolo Dionio, with his youthful looks and hot lean bod, is surely giving the competition in the big city a run for their money. Expect more of him in the bikini open season this summer.