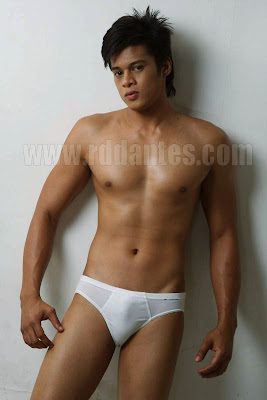 Last year’s winner in summer’s biggest contest of guys in bikinis, Hataw Super Bodies, was Ryan Dungo [aka JC Dungo].  The Cappuccinos member was the surprise winner in 2008, as he outstripped other bikini pageant veterans and newbies in the competition.  On Sunday, 8 March 2009, there will be a go-see for contestants as Super Bodies Bikini Open will be launched at the 4th Floor of the National Press Club Building [the one at the foot of Jones Bridge, in Intramuros, Manila].  According to the organizers, this contest will be open for girls and boys, who must bring swimwear during the auditions.  The finals night will be on 25 April 2009 at Techno Wave Bar along Tomas Morato Ave. in Quezon City.  For more details, call 0923.6491784 or 476.4088.