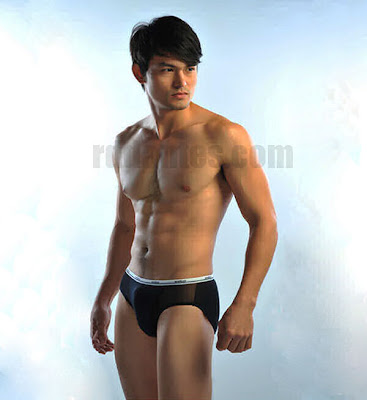 Here’s one guy who nearly made it. Sort of the shoulda-woulda-coulda type who somehow had it going early in his career only to be waylaid by wrong trips and turns [and tricks, perhaps]. Ian Porlayagan graduated from the small and sleazy bar bikini contests when he won Mister Philipines-International two years ago. It could have been a big boost to his modeling career, except that nothing happened after that. The next year, he competed again – oddly enough – in the same contest that would send a rep to the Mister International pageant in Taiwan. He didn’t win. His unlucky streak continued as he also lost at the Body Shots 2008 contest. Right now, he’s doing go-sees for designers and commercial brands hoping to make it big soon. His photo shoot for gay mag Frontman Reloaded in the Racho mold is still unreleased.