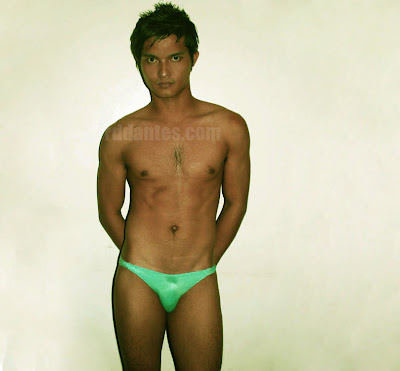 He used to be very visible and transparent in the sleazier bikini contests a couple of years ago. Leighton Galzote of Ilocos Norte first appeared on the bikini scene as a contestant in the Ginoong Pilipinas 2006 contest [won by Alvin Asuncion a.k.a. Ken Escudero]. He represented Laoag City and he won the Ginoong Pilipinas-Mindanao title, sort of a runner-up award. He then hopped on to the Hataw Super Bodies 2007 competition [title went to this Kish McBride guy] plus a host of other small contests which required him to wear the tiniest of fabrics. After exposing himself in the sleazefest event called All Out masquerading as a fashion show in Metro Bar, he disappeared from the scene.