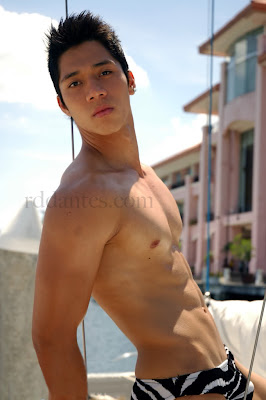 Here’s Robby Cubacub, another one of those regulars in bikini competitions. He’s a native of Porac, Pampanga and he goes to Manila once in a while to compete in male personality contests. Robby stands 5’10”-tall and has tried his string-bikini-luck in last year’s Sta Lucia Mall – Mr. Sexy Body, Mr. Philippines-International search, and the Subic Beach Bodies contest.