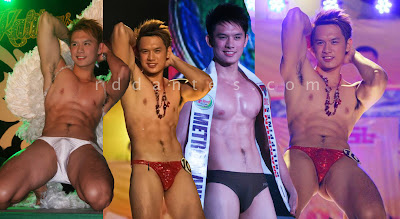 Or Bikini Boy. In 2012, there were no notable boys out of the bikini open mill. No Jareds, Richards and Nelsons of the not-so-distant things-and-thongs past. 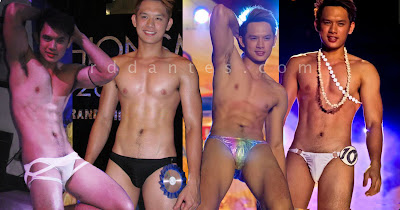 Instead, we only saw one who made a mark. Just one prominent cute boy who made the rounds of the bikini open circuit in his teenie weenie underthings. His name is Allen Ong Molina, a native of Tarlac City. He was so good in the contests, posing and primping, that he always won ’em all! Well, except in the Manhunt Philippines search where he finished runner-up to Guy Smiley.