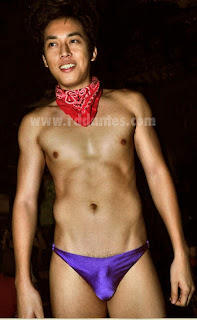 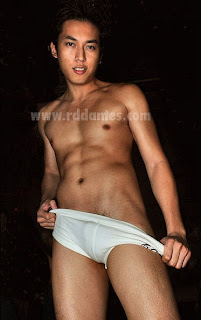 Ivan Maxwell‘s been trying to make a name for himself in the biz for some time now. He was first seen in Lips Bar’s Tropical Bodies 2007, where he won first runner-up. Then he did some shows, mainly the bikini kind, around the metro. Too, he went around town participating in bikini contests, the last one being at the 2008 Pagudpud Bikini Open [that’s in Ilocos Norte, 430 kms. north of Manila] held recently. Ivan was also one of the male leads in Erotika: M2M 2 [The Art of Striptease and Sensual Dancing, a video that, uh, demonstrates the art of sensual dancing.

One thought on “Ivan Maxwell Misc.”