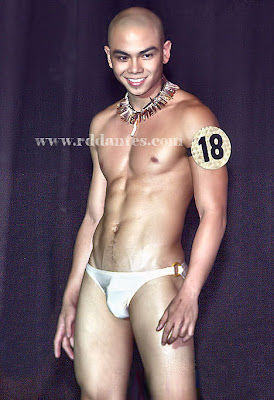 The Subic Beach Bodies 2008 contest was such a treasure trove of fresh and hunky male models. One of the guys who competed in the event was Michael Millendez aka MM Millendez aka Mimoy Millendez from Bacolod City. The sexy, smooth, and shaven 25-year-old, unfortunately did not win the top prize in said contest but he was one of the favorites from the crowd of silent-sighs that night. Now based in Makati City, expect more of MM Millendez in the next bikini season.