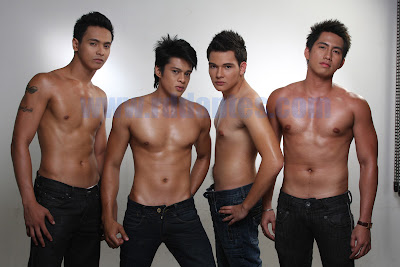 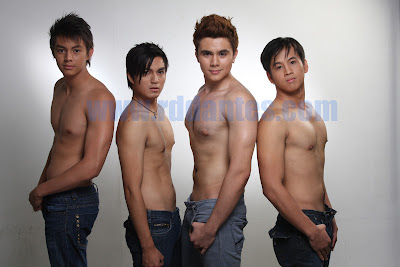 The Cappuccinos is a motley group of guys, formed as a sexy pack who will star in independently-produced movies, shows and concerts.  Except for a few, the members are starring in a new flick called Sagwan, which is set to premiere on 4 February 2009 at the UP Film Institute. If you ask me, my personal favorites in the group are Erie [bottom photo, leftmost], Christian [top photo, leftmost] and Dennis [top photo, rightmost].  Of course, the other guys are sexy and cute, too, and each has his own following.  Here’s wishing them good luck in their careers! Happy Monday!

18 thoughts on “The Cappuccinos”