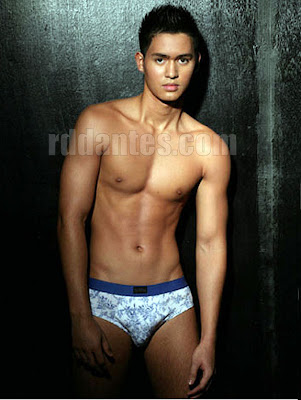 Twenty-one-year-old Michael Koegel first appeared in the local scene when he won as first-runner-up at the Mister Philippines 2007 contest [title went to Porlayagan].  Born to a Filipina mother and a German father, Michael Koegel was also the Philippine-Europe Supermodel 2007 winner. Together with his sister, they came home to compete in the local beauty and modeling contests. He has since stayed to do work for runway, print and tv commercial projects.